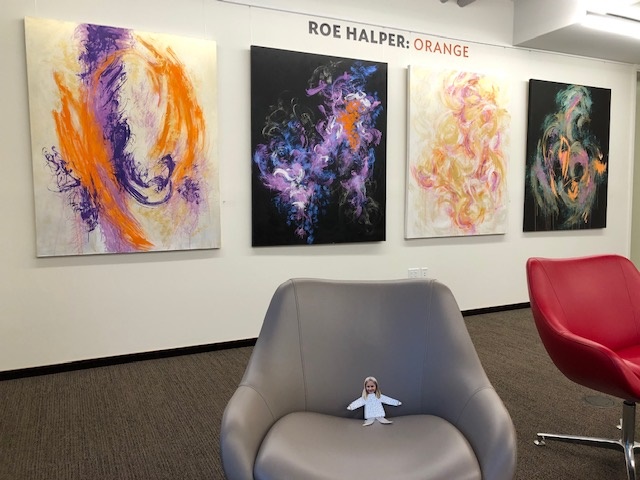 . . . If I reach that magic number. I’ll be 60 this year, so 65 (cue the Beatles) is a bit too close at hand to be aspirational. My Mom passed at the age of 76, so I also realize that 85 is not guaranteed. But both my Dad, and my mother’s best friend from grade school, have both reached that grand age. And they are each inspirational examples to me of what I could be doing when I’m 85. They are both still creating and putting their creations out in the world. I want to be doing that too when I’m 85.

My Dad has just published his second book. Mind you, my Dad had a first career as a US Military officer. He had a second career as a Human Resources manager. He had a third career as a university professor teaching English literature and business communications. I guess he’s had a fourth occupation as a hay farmer over his last 30+ years in Montana. And he’s an author. Dad wrote his first book, “Ringed in Steel: Armored Cavalry, Vietnam 1967–68” while he was still on active duty and working full time. I remember him closing himself in his study and working on that book evenings and weekends. The first book was published in 1986, four years after he retired in 1982. Now, 36 years later, he’s got a second book out, one that took an equal amount of dedication and passion. He’s been working on this one for over 10 years — he started it before my mother passed. Now in a world of digital media, he’s editing online and writing promotional blog posts.

Roe (Halper) is an artist ( https://www.roehalperart.com ). I believe she has a degree in art education and, perhaps, taught in public schools for a few years. Then, as women did in that era, she stayed home with her children and created her art “on the side.” She’s been teaching art again now out of her home studio for many years and her art has evolved so much over the years. Originally, Roe’s work was very realistic. Powerful, focussed on the human form, on social justice, and on Jewish tradition.

Gradually, her art has simplified movement of the human form down to the most basic lines. The following image is an abstraction of a photograph of a dancer from the Alvin Ailey Dance Company.

Roe has an exhibit opening at the Westport Library in Connecticut this month, “Orange.” And the work is an explosion of energy and color and sweeping lines. The work is not representational, but it is as powerful and as full of emotions and energy as her work has always been.

It’s tempting to compare myself to them. To count how many careers I’ve had; how many books I’ve written; how many exhibitions have featured my work. I’m going to try not to do that to myself. What I want to focus on is how age has just been a number for these two. They’ve continued to be true to themselves, to embrace their passions, and to share their gifts with the world. They’ve been persistent. So even when it seemed like the world didn’t want to hear them — they continue to insist that we listen.

In honor of Ohio, where I’m visiting this week. #ohio #buckeyestate #bookart #bookfolding #paperart
A Hanukkah Mandala Menorah! For times when real candles can’t be lit - a flame has been painted on each stone. Each evening, a new stone is turned over, symbolizing lighting the candle. The mandala menorah in the second picture will be on display with about 50 other Hanukkeyot at The Hope Center for the Homeless, Dec 2nd and 3rd on Peakwood Drive here in Houston. The Hope Center is a drop in day facility for the homeless, where they can get a hot meal, a hot shower and clean clothes. #judaica #jewishart #hanukkiah #houstonartscene #houstonstrong #houstoncares #thefolkmarket
A collaboration with @vernitahoytart of @springcottagegallery . Vernita painted the complementary cardinal on the cover (like all those C’s?) so the art is multi-dimensional. This one is already sold, but we’ll take commissions through Spring Cottage Gallery! #artisticcollaboration #bookart #paperart #areyoubookenough #booksandnooksdecor #raw_community #raw_books #houstonartscene
I’m always trying to think of ways to make my art more accessible on market days. This is intended to be given like a greeting card - a heart in a clearly treasured and worn old book, with a quote and space for a personalized message on the back. Quick for me to make so I can keep the price affordable too. What do you think? Would you give one to a friend? #bookart #giftsoftheheart #creativegifting #fortheloveofbooks
Saturday morning belly rubs #simplepleasures #rubmybelly #livingthegoodlife
Hanging out @springcottagegallery today! #houstonartscene #oldtownspring #craftedbyhandandheart #creativegifting
Happy grandkids; Happy Thanksgiving
Detail of 1000 Cranes - “Follow the Leader?” Cranes are folded from dictionary pages and the backing of sanitary pads. #paperart #origami #1000cranes #paperfolding
Next commission almost done! Needs a cover and a ribbon. #cardinals #creativegifting #craftedbyhandandheart #bookfolding #bookart #paperart
Loading Comments...